You may not have considered rhinoplasty if you’re happy with the appearance of your nose, but aesthetic enhancement is not the only reason to seek out the procedure. Rhinoplasty often involves functional improvements as well as cosmetic changes to address multiple patient concerns simultaneously. The surgery may be pursued by men and women with structural issues that impair their breathing and disrupt their sleep — as well as the sleep of anyone who shares a room with their persistent snoring.

Quality sleep is essential to overall health. Difficulty breathing at night can disturb the natural sleep cycle, causing sleep deprivation and a host of other health problems. At Advanced Aesthetics Plastic Surgery Center, we offer cosmetic rhinoplasties as well as procedures designed to address nasal breathing difficulties like snoring. If you’re struggling with sleep problems or severe snoring, it may be time to talk to a board-certified plastic surgeon about your breathing issues.

Nearly everyone snores occasionally, but for some people it is a chronic problem and may indicate a serious health condition. Snoring can occur as a result of temporary states, such as alcohol consumption, certain medications and sleep position; but it can also be caused by things out of your control, such as aging, heredity and certain anatomical conditions of the nose and throat. The first step to finding an appropriate treatment for your snoring is determining its cause. If, after evaluation during a consultation with a physician, a deviated septum is found to be the source of your snoring problem, surgical intervention with nose surgery may offer relief.

What is a Deviated Septum?

The septum is the “wall” of bone and cartilage that divides the nasal cavity in half, creating two nostrils. A deviated septum is a condition in which the septum is off-center or crooked, leading to partial blockage of the nasal passages that makes breathing difficult. A deviated septum can be a congenital abnormality or may occur later in life as a result of injury to the nose. Deviated septums are extremely common and, for many, do not cause any noticeable problems. For some patients who experience unpleasant symptoms from a deviated septum, medications are an adequate remedy. But for others, surgery may be necessary to straighten a crooked septum and improve breathing.

How Can Rhinoplasty Help?

Rhinoplasty is most commonly thought of as a cosmetic surgery, but it may be performed for medical reasons as well. Deviated septum correction is a common request in rhinoplasty procedures. Surgical treatment for a deviated septum is called septoplasty, and involves changing the nasal structure to remove obstructions. Septoplasty is frequently performed as part of a rhinoplasty. If combined, the surgery may be called septorhinoplasty and both the aesthetic appearance and the functional capabilities of the nose are improved.

What Happens During the Procedure?

Surgery to repair a deviated septum is usually performed in an outpatient setting under local or general anesthesia. During a septoplasty, the septum is straightened and positioned to the center of the nose. This may require your surgeon to shave or remove parts of the septum in order to place them into the correct position and clear the obstruction. The surgeon works through incisions made inside the nose, leaving no visible scarring behind. Additional benefits include less pain, less postoperative bruising and swelling and a shorter recovery period.

If combining septoplasty and rhinoplasty, your surgeon will take additional steps to enhance your nose in accordance with goals defined during your consultation. Rhinoplasty is a highly personal procedure tailored to each patient’s facial anatomy and aesthetic preferences. In addition to correcting impaired breathing caused by structural defects, rhinoplasty can improve nasal asymmetry, nose size in relation to facial balance, humps or depressions on the nasal bridge, size or position of the nostrils and size or shape of the nasal tip. Rhinoplasty may be performed as a closed procedure, in which incisions are hidden inside the nose, or an open procedure, in which an incision is made across the columella, the narrow bridge of tissue that separates the nostrils.

What Can I Expect During Recovery?

After surgery is complete, splints or packing may temporarily be used to support the nose as it begins to heal. A septoplasty performed on its own should result in relatively minimal bruising, swelling and discomfort. Rhinoplasty and septoplasty performed together require a longer recovery period. Swelling and bruising are normal following the procedure, and should fade over the next one to two weeks. Some residual swelling can persist for a few months as your results develop. Your surgeon will outline best practices to minimize these side effects and promote a healthy recovery prior to your procedure.

What Risks are Involved?

Although risks are minimized in the hands of a skilled surgeon, patients should be aware of any potential complications associated with their procedure. Some risks associated with septoplasty and rhinoplasty include: bleeding or infection, decreased sense of smell, temporary numbness in the teeth or nose, the need for a corrective or follow-up procedure and persistence of previous symptoms, such as snoring, despite surgery. These risks and others will be fully discussed prior to your surgery.

What Results and Benefits Can I Look Forward To?

Following septoplasty or rhinoplasty, your incisions should heal quickly and you may notice improvements to your breathing shortly after the procedure. Most swelling will diminish within a few weeks and you’ll feel comfortable with your appearance in public. The complete healing process, however, will be slow. Cartilage and other nasal tissues can take three to six months to settle into their new shape. It’s possible for changes to occur up to a year after surgery. Patients report experiencing a variety of benefits include less difficulty breathing, better sleep and reduction of snoring, as well as improved appearance of the nose, better balance with other facial features and greater confidence.

Who Should Consider Rhinoplasty with Septoplasty For Snoring?

You may be a good candidate for this procedure if:

If your doctor is able to diagnose you with a deviated septum that is causing snoring or difficulty breathing, you may be eligible for partial insurance coverage for a combined septoplasty and rhinoplasty. In these cases, a septoplasty may be considered a medically necessary surgery and would be covered by many insurance plans, and you can choose to add cosmetic rhinoplasty to the procedure. A cosmetic rhinoplasty alone does not qualify for coverage.

Our team of highly qualified, board-certified plastic surgeons have years of experience performing rhinoplasty surgeries to improve the appearance and function of your nose, and can recommend a personalized treatment plan tailored to your needs and goals. If you are interested in learning more about rhinoplasty as a solution for snoring in the Atlanta, Georgia area, contact Advanced Aesthetics Plastic Surgery Center at 770-461-4000 to schedule a complimentary consultation at one of our four convenient locations.

Staff are super nice and helpful. Dr. Ranier was pleasant and easy to work it. He did a great job on my tummy tuck. Highly recommend.

I can't believe the amazingness of Dr. Stewart!! He was so comforting and answered any and all questions I could have had. My results are beautiful. You never have to wait long for any appointment and his staff is SO friendly! I cannot say enough good things about Advanced and Dr. Stewart.

Ohh my God ,I am so so happy with my Breast Augmentation it was the best decision I've ever made .Dr.Steward and his Staff is just amazing ,everyone makes you feel like home and everybody goes out of their way to make your beauty dreams come true. Thank you so so much for everything .I would never go anywhere else again. 🥰

After much research I decided to have tummy tuck surgery with lipo at Advanced Aesthetics in Fayetteville. From the time I booked my consultation to the days after surgery my experience has been top tier. The facility is such a gem!!! Jessica, my patient care coordinator, always returned all my calls, answered all my questions, and delivered A1customer service. Where do I even start with my doctor?… Dr. Gronka was the absolute BEST! When I met Dr. Gronka during my consultation I immediately knew this was the doctor for me! He was funny, caring to my concerns, and just all around knowledgeable and personable. The day of surgery I felt so comfortable and relaxed. The nurses and anesthesiologist were all great! The day after surgery Dr. Gronka called me personally to check and see how I was doing. I had my surgery just days before Christmas so to have him call me personally made me feel even happier with my decision. Now on to my results: I am happy with how everything is looking and healing thus far. I am only 2 weeks post-op and I feel great! I can’t wait to see how my results will improve from here. My scar is low and well placed. My belly button isn’t quite what I expected but it’s still early and at this point it doesn’t even matter I feel and look great! No more saggy loose skin and I received great care. I highly recommend Dr. Gronka and the Advanced Aesthetics team!

Do not got to Mia Aesthetics come to Advanced Aesthetic they have the best plastic surgery doctors in Atlanta Dr, Raniere gave me the perfect breast he also Graduated from the best medical schools and he is State Board Certified. I have had my tummy tuck and my breast done and they are the best thanks 🙏 Mia was so unprofessional when, I had my Lipo 360 done I see why they are so cheap because they are so unprofessional. Once I heal I am going to post my before and after pictures. I am the hottest woman in Atlanta thanks Dr, Raniere I love ❤️ you so much Kateria Wright. You changed my life.

Dr.Stewart has been wonderful to work with. Would refer him to anyone!

Dr. Stewart is such a professional physician. He is very caring and very thorough and explains everything to you. His staff is also very knowledgeable and they put you at ease. I would highly recommend them. 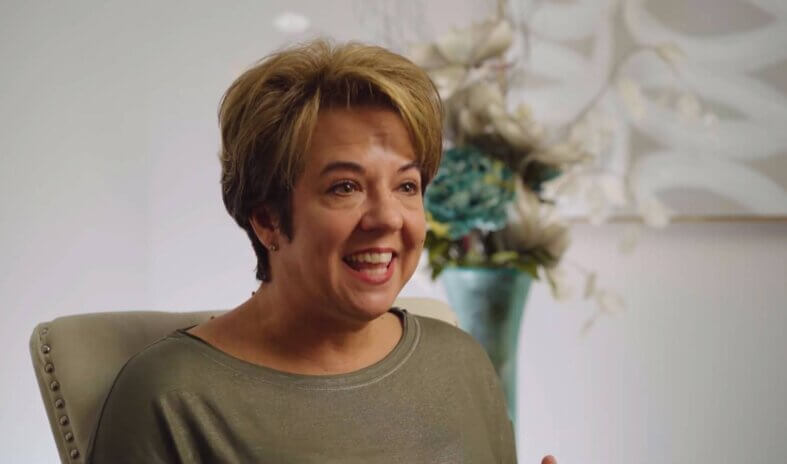 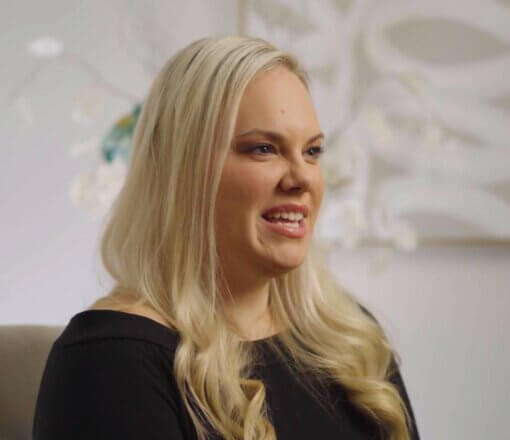